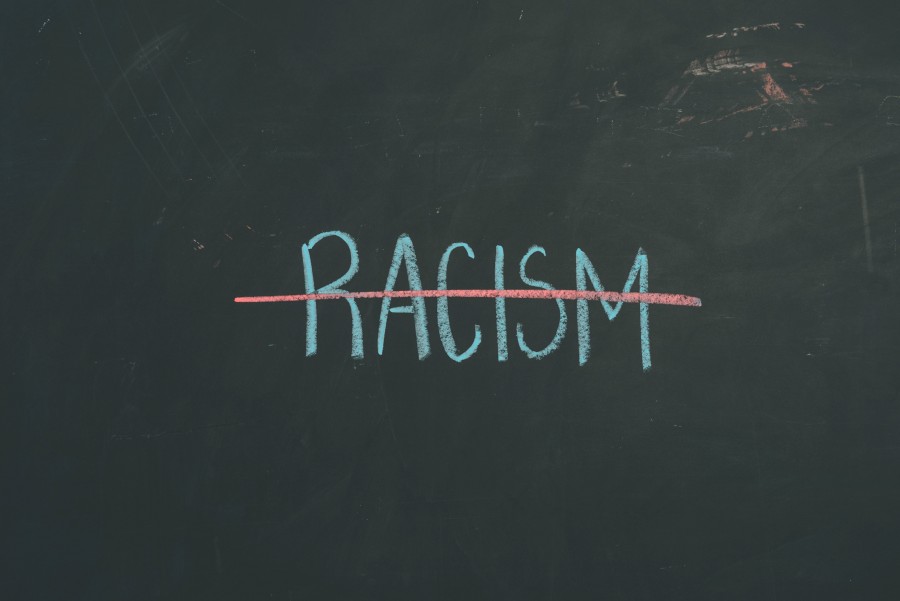 We all know who said that. Though for some it will have resonated for other reasons. ‘I can’t breathe’ is the cry of those with the more severe type of corona virus. ‘I can’t breathe’ is what I would say to my mother when, as a child, I suffered an asthma attack. Whatever the circumstances, it’s frightening. Every gasp is hard won and feels like your last. George Floyd’s 8 minutes and 46 seconds of crying out, ‘I can’t breathe’ – captured on video – would have been fear filled. The congregation at his memorial service stood in silence for the same period of time. It seemed like an eternity. Everything about this death was shocking.

But where do we go from here, in this country as well as America?

For those of us who are white and think of ourselves as liberal or progressive, there is inevitable discomfort. We want to say we stand with those who are discriminated against because of the colour of their skin. But we have to be prepared to find ourselves in the dock. After all, this is hardly the first instance of racism in a police force in either America or here.  And even if we support the peaceful protests, we cannot condone the looting and burning that occurred in America or the attacks on police officers here that serve to undermine them.

But implicitly or explicitly the question will come: So what have you done since Martin Luther King dreamed his dream or William Macpherson published his report?

The work of changing discriminatory attitudes and practices in society or any of its constituent organisations – cultural change – is no easy project. It’s not just about individual change. The theologian Reinhold Niebuhr wrote a book just as Adolf Hitler was coming to power called Moral Man and Immoral Society (1934, Charles Scribner’s NY). The thesis was that while we may act well as individuals – kind to our children and elderly neighbours (moral man) – when we act collectively, as members of a group – as employers or trade unionists, prison officers or police – we are capable of behaving quite differently, quite badly (immoral society). This is because unconsciously we adopt the attitudes and behaviours of the group, which pursues it’s own narrow interests. It is a mistake, therefore, to think that you change societies just by changing individuals. You have to tackle the group culture that those individuals become part of when they join particular groups. To overcome that in policing you need clearly articulated standards and codes of conduct with very good training from the moment someone is recruited. Otherwise new recruits, however ethically they behave as individuals, are enculturated into bad practices.

But there has been change. We are not the society we were when Enoch Powell made his Rivers of Blood speech in 1968. And there will be further change as a result of this death. And here we note the power of the video to effect change. Racism may not be increasing but the filming of it is. From body worn cameras to mobile phones, the scrutiny of the police has never been greater. And it is having its effect. I note, for example, that the San Diego police department has now banned the use of the neck restraint that led to George Floyd’s death and was caught on camera. We shouldn’t despise these small incremental steps; they indicate shifting attitudes. Cumulatively they can make significant differences. But neither should we congratulate ourselves on them. They are only setting right the wrongs that should never have existed in the first place.

We need the protests and the orators to wake us from our lethargies. We need more of those in various organisations who will work for the small but real changes that in the end make for tangible and lasting difference. George Eliot had it right when she wrote at the end of Middlemarch that

‘….the growing good of the world is partly dependent on unhistoric acts; and that things are not so ill with you and me as they might have been, is half owing to the number who lived faithfully a hidden life, and rest in unvisited tombs.’

So as Police and Crime Commissioner I will continue to support and encourage those in the force who quietly work to implement those things in the Police and Crime Plan that seek fair treatment and ensure, as far as possible, that there is no lingering discrimination in their ranks.

David Blunkett is right – and yet

I think the argument of the former Home Secretary, David Blunkett, was broadly correct when he wrote in the Daily Mail that police officers should not make their personal views known when policing demonstrations. The job of the police is to enable peaceful protests to take place and to maintain law and order whoever is demonstrating and whatever they are demonstrating about. As they do so, they must lay aside any personal views they may have – political, religious, whatever. It is not for them when on duty to take sides or express preferences. This is the role of a police force in a democracy and one of the things that marks us off from totalitarian states.

So I see the logic of saying that police officers should not have bent the knee and shown solidarity with the protestors last week. But on this occasion I think we should be more relaxed. This was a simple and spontaneous expression of humanity in the face of a terrible wrong, a moving signal to the surrounding crowd that these police officers were also shaken by what had happened in Minneapolis and did not want to see that behaviour here.

If only German police officers had done something similar in 1930s Germany before Nazism took root.

I hope you are staying safe and well.